In late 2012, at the suggestion of Major Geneneral James E. Livingston USMC (Ret), Harbour House was formed as an independent charitable corporation with the purpose of building and operating a Fisher House type facility for the Ralph H. Johnson VA Medical Center in Charleston, SC.

The Ralph H. Johnson VA Medical Center didn’t have enough land to qualify for a Fisher House in Charleston, South Carolina.  In order to address this issue, Fisher House Charleston LLC was formed in 2013 to purchase 150 Wentworth Street. In August 2014, this site was purchased and in November 2016, following acceptance of the land by the VA, a formal groundbreaking took place. As of January 2017, thanks to thousands of individual, church, community, military, fraternal, association, corporate and foundation donations, Fisher House Charleston has achieved the prime objective of retiring the $4,000,000 debt for the land.

On April 26, 2017 Commander Courtney Peeples, Second Vice Commander David Leite, Adjutant Mike Miranda, and Past Commander Bob Sterling visited the Fisher House construction site and presented a check for $750 to Kent Hutchinson, Co-chairman and Treasurer of the Fisher House Foundation. The $750 is one-fourth of the profit from the 2016 golf tournament as voted on by the membership. Below is the 2019 presentation with Commander Dave Robins (third from left) presenting the check. Golf Tournament co-chairman Dan Desmond (far right) was also present.

Because Post 205 has no way to stay on top of the fast-moving progress and latest updates in a timely fashion, you are encouraged to go to their website. Click here to read the full story and the latest updates on Fisher House Charleston.

The address to which to send donations is: 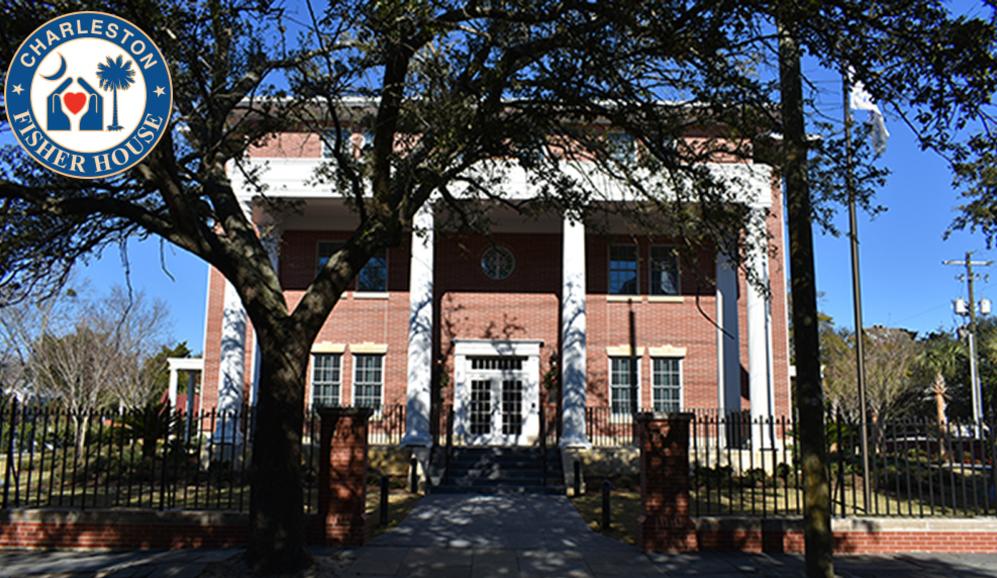 Fisher House Foundation is best known for a network of comfort homes where military and veterans’ families can stay at no cost while a loved one is receiving treatment.  There are currently seventy Fisher Houses in operation and nineteen in various stages of planning and construction, including one for Charleston, South Carolina.

These homes are located at major military and VA medical centers nationwide, close to the medical center or hospital they serve. Fisher Houses have up to 21 suites, with private bedrooms and baths. Families share a common kitchen, laundry facilities, a warm dining room and an inviting living room. Fisher House Foundation ensures that there is never a lodging fee. Since inception, the program has saved military and veterans’ families an estimated $320 million in out of pocket costs for lodging and transportation.

Fisher House Foundation also operates the Hero Miles program, using donated frequent flyer miles to bring family members to the bedside of injured service members as well as the Hotels for Heroes program using donated hotel points to allow family members to stay at hotels near medical centers without charge. The Foundation also manages a grant program that supports other military charities and scholarship funds for military children, spouses and children of fallen and disabled veterans.Fisher House Foundation periodically publishes a fact sheet showing progress and accomplishments in serving veterans and their families. Following are some salient facts: 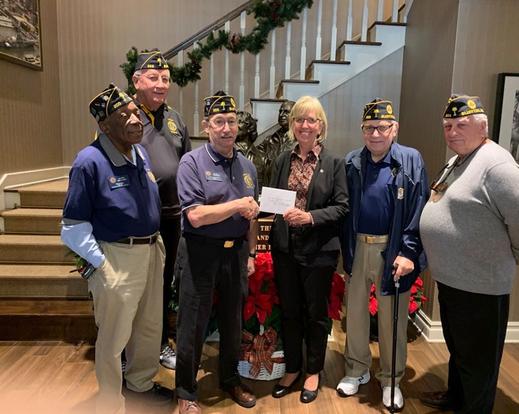 Post 205 has adopted Fisher House as our primary fund-raising beneficiary. The first Fisher House in South Carolina is now open in Charleston. The articles below explain Fisher House.  It should be noted that over 98% of the funds collected for this effort go directly to the charity's efforts.  There are virtually no administrative costs for this charity.