On February 3, 2021 a declaration was made at the Veterans Memorial in Bluffton by Mayor Sulka. That day was to be Four Chaplains Day. A ceremony was held where religious leaders gave speeches in honor of the Four Chaplains who gave their lives so that others may live. In 1988 Congress declared February 3rd as Four Chaplains Day. Nationally, over 1,600 American Legion Posts celebrate by conducting interfaith services, ceremonies or other solemn events.

From The American Legion Magazine / January 2021 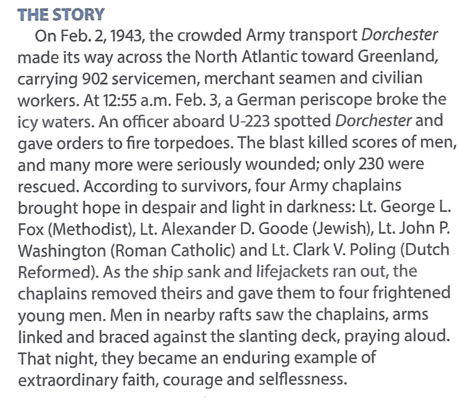 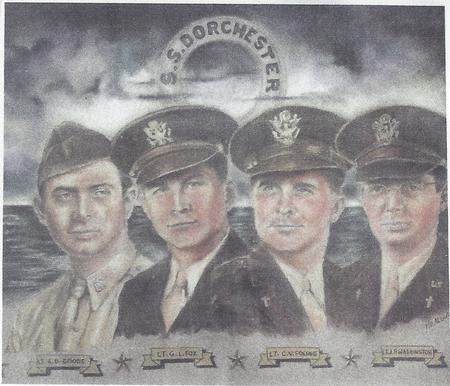 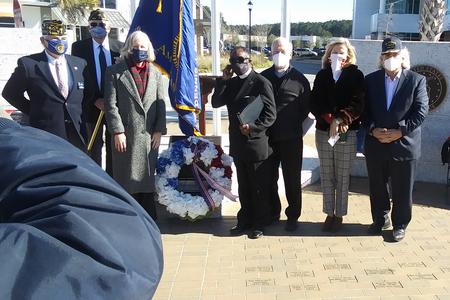 (From Left to Right) 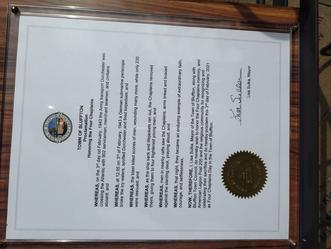 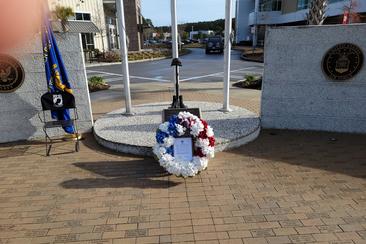